FREE SHIPPING in USA for all 2021 SlidinGuides!

Here are the champions from the 2019 $25,000 added Open Bridle Spectacular sponsored by Holy Cow Performance Horses.

In a stacked field of 34 entries, it was Shane Steffen and Gunna Be A Smartie (Very Smart Remedy X Gunna Be Mine X Gunna Smoke), owned by McSpyder Ranch, that came out on top. Steffen, of Powell Butte, Oregon, piloted the 7-year-old mare to a 219.5 in the herd work, a 222.5 in the rein work and an incredible 224 down the fence. In addition to being crowned Open Bridle Spectacular champions, they were also crowned champions of the Intermediate Open Bridle Spectacular. The dual wins earned $13,864 for owner Linda McMahon of McSpyder Ranch.

It was just one year ago when Steffen and Gunna Be A Smartie were crowned Open Two Rein Spectacular champions at the NRCHA Stallion Stakes.

Perez, of Westley. California, piloted Red Carpet Style (CD Lights X Stylish N Shiney X Shining Spark) to a 146 in the herd work, a 147 in the rein work and a 144.5 in the cow work. Perez was crowned the Non Pro Limited Spectacular and Non Pro Limited champion at the 2019 NRCHA Stallion Stakes.

Perez is a longtime NRCHA non pro competitor and promoter of the sport. He is also a devoted owner, and more specifically the owner of a great cow horse Brother Jackson. 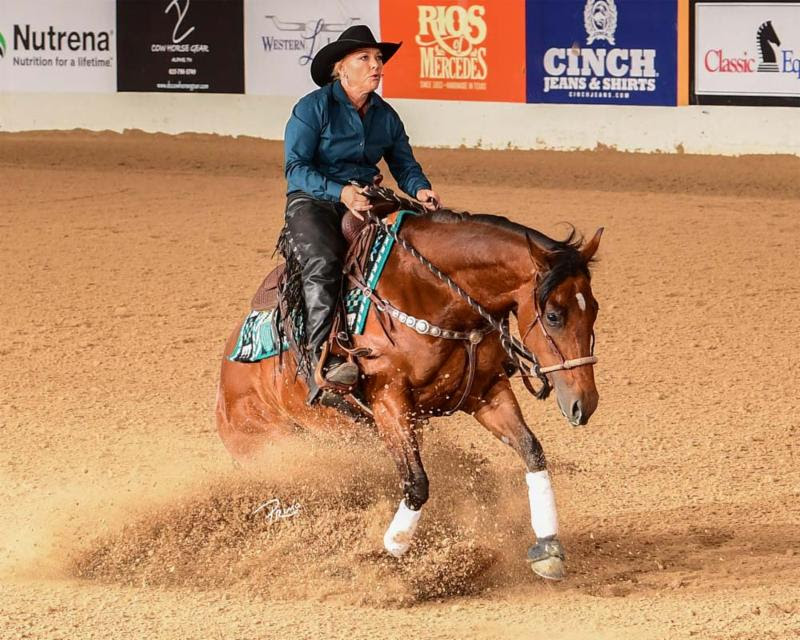 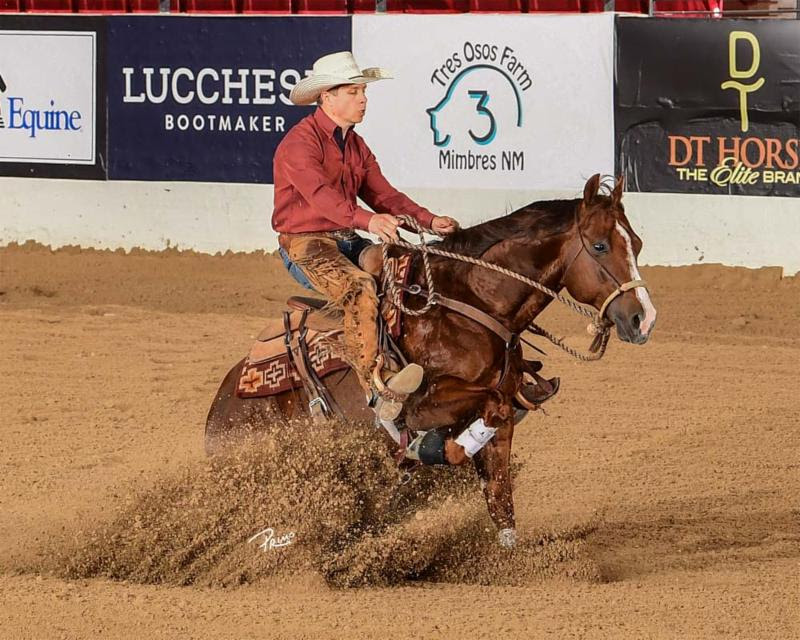 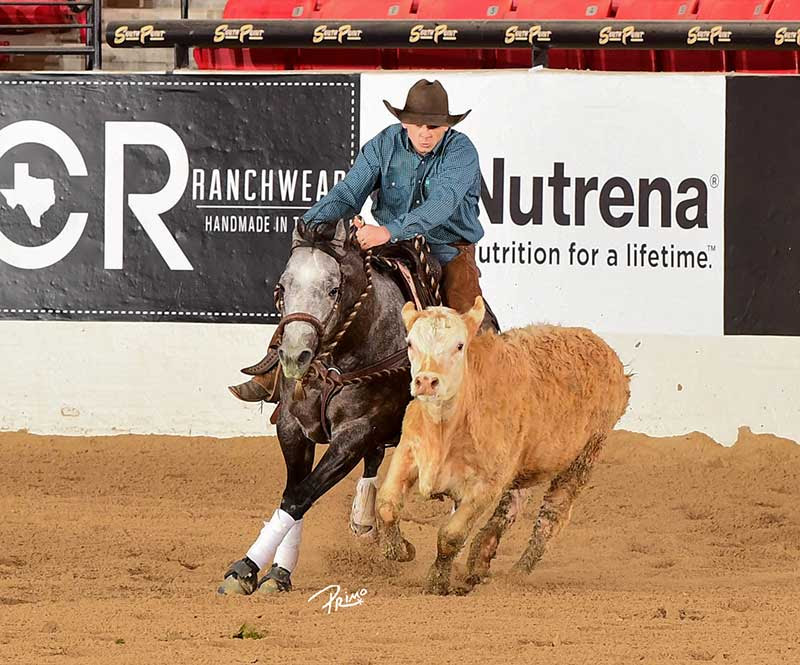 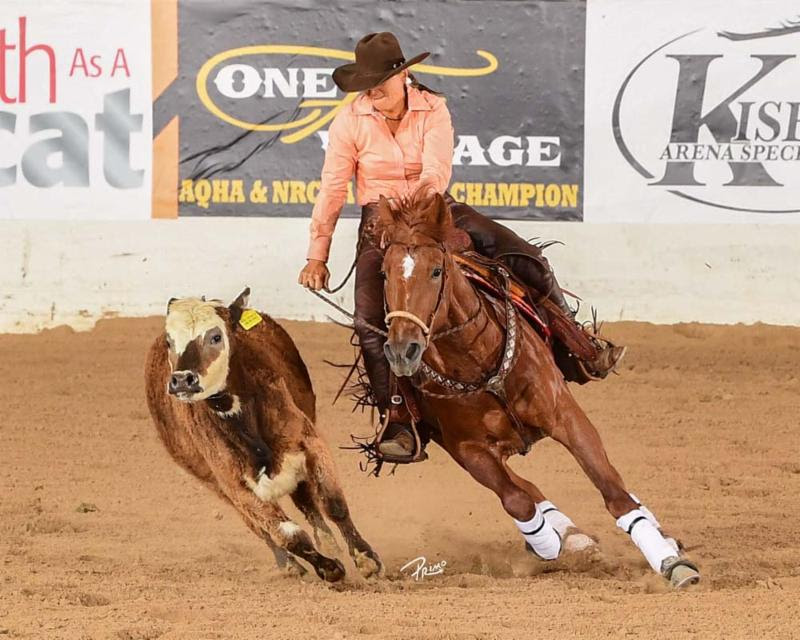 McCormick, of Temecula, California, showed Devon Camilleri’s 4-year-old gelding to 144 in the reining and a 139 down the fence for a 283 composite. The championship title is accompanied with a $1,200 win check.

Clark Weaver and Lillys Vaquero (Cat T Masterson X Rs Lilly Starlight X Grays Starlight) captured their first NRCHA premier event win together. Weaver piloted his 6-year-old stallion to the Non Pro Two Rein Spectacular and Non Pro Two Rein championship titles. The pair earned a combined paycheck of $4,500 thanks to their scores of 141.5 in the herd, 146.5 in the reining and 145.5 down the fence.

Cutter McLaughlin and veteran bridle horse CD Dee Vee Dee (CD Lights X Shiners Missy Jay X Shining Spark) added two more premier event titles to thier list of accolades. McLaughlin’s impressive scores of 147 in the herd work, 146 in the rein work and 150.5 in the cow work sent him to the top of the $10,000 added Non Pro Bridle Spectacular and Non Pro Bridle. McLaughlin earned over $7,800 for the combined wins. 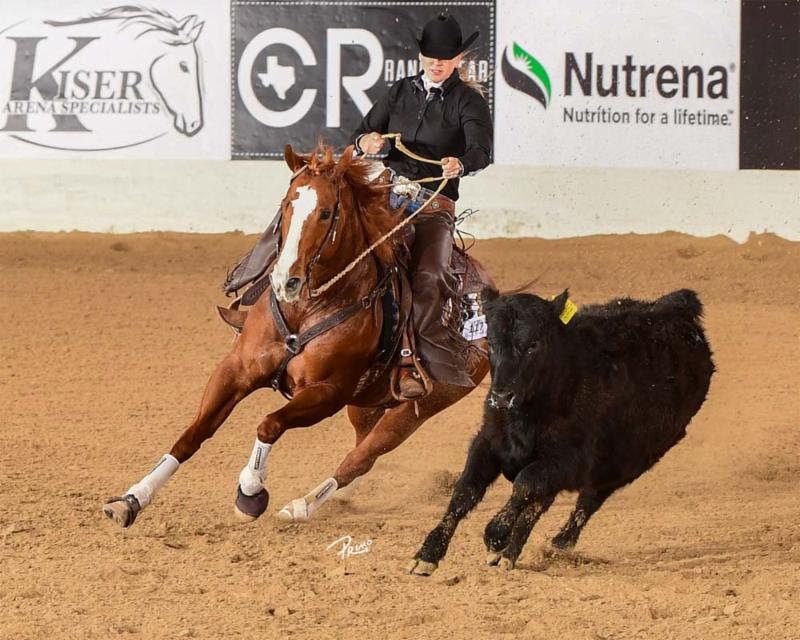 Williams, of Casa Grande, Arizona, guided “Carlee” to a 146.5 in the rein work and 148.5 in the fence work, to win the Intermediate Non Pro Bridle and Novice Non Pro Bridle. 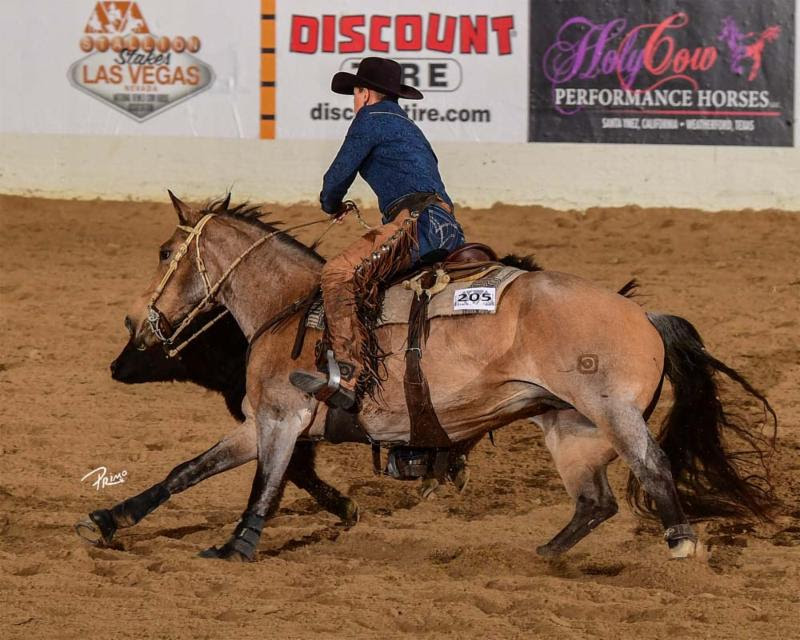 FREE SHIPPING in USA for all Slidin'Guides!

Money Back Guarantee on All Slidin'Guide Reining Pattern Cards!
If you are not completely thrilled with your Slidin' Guide cards, just return them, unused, within 30 days from your date of purchase for a full purchase price refund.

We use cookies to ensure that we give you the best experience on our website. If you continue to use this site we will assume that you are happy with it.Ok